Living in Australia we love the sun and the beach.  In fact avoiding the sun is nearly impossible.

Years of sun exposure can take its toll on your skin.  The level of sun damage will depend on how well you’ve protected and looked after your skin over the years, as most sun damage starts as early as in childhood, with the most damaged skin taking on a thick leathery look. Other people will simply see a mixture of premature wrinkles, capillaries, freckles,  brown spots and pigmentation.

As is often the case, prevention is better than cure. The best way to postpone sun damage is to use an SPF sun screen daily to protect your skin from harmful UV rays – whether in the sun or not, as UVA light levels can cause damage throughout the year. 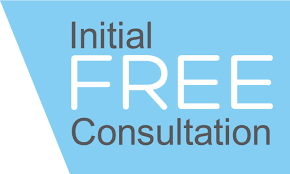 Talk with Dr Watson, to learn about the treatment options that are available to you. Younger looking more youthful skin can be yours again.

Our Skin Experts are friendly and sympathetic and will provide helpful detailed information on the sun damage treatment during your Free Consultation and answer any questions you may have.

At this stage we will also check for Skin Cancers that may need specific treatment.

The laser light is very bright and can seriously damage eyes, so everyone in the laser suite will have to wear protective goggles. The laser fires in rapid bursts; these feel a bit like the spatter of hot fat from a frying pan, or the flick of an elastic band. The discomfort varies with the sensitivity of the area being treated. The treated area will sting for a while afterwards. Some pinkness of the treated area will persist for several weeks. Another treatment may be necessary after two to three months.

What are the side effects?

Apart from the effects noted above, serious problems are rare. Scarring, either depressed or raised, is a potential problem but unlikely. If it does occur, it is usually in the form of some change in texture of the skin. There can also be some loss of natural tanning ability in the treated area, but this often improves with time. On darker skin tones or tanned skin, it is difficult to get an even tone, so it is unlikely to match your natural skin colour. Sun spots may recur, especially if you sun bathe, so the treatment should not be regarded as permanent.

You should not have many problems with the treated area. It generally settles rapidly and is best left alone. It should not need a dressing as long as you can resist picking and scratching. The longer the scab stays undisturbed, the better the outcome.

It’s important not to get the treated area soggy, so no long baths or swimming. Gentle washing and showering is fine. Hand cream and moisturiser can be used, but very gently so as not to disturb the scabs.

Once the scabs have come off naturally, you can resume all activities. A suntan gets in the way of the laser light so avoid the sun, or use a strong sun block, before and during treatment. Keep the area to be treated as pale as possible.

When you come to see us for your first treatment, the Laser Practitioner will fully explain the procedure to you, and ensure you are comfortable before proceeding with the treatment.

Avoid sunburn prior to your treatment.

You should feel no more than a sharp scratching sensation. After the treatment, the treated area may appear pink, red or brown and have erythema, and this may take about a week to heal. Inflammation (active redness) is a consequence of fibroblast collagen resulting in more elastic skin.